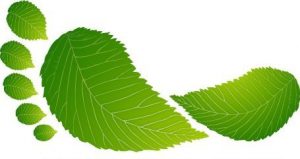 A permit that allows the holder to emit one ton of carbon dioxide. Credits are awarded to countries or groups that have reduced their green house gases below their emission quota. Carbon credits can be traded in the international market at their current market price.

The carbon credit system was ratified in conjunction with the Kyoto Protocol. Its goal is to stop the increase of carbon dioxide emissions.

For example, if an environmentalist group plants enough trees to reduce emissions by one ton, the group will be awarded a credit. If a steel producer has an emissions quota of 10 tons, but is expecting to produce 11 tons, it could purchase this carbon credit from the environmental group. The carbon credit system looks to reduce emissions by having countries honor their emission quotas and offer incentives for being below them.

There are also many companies that sell carbon credits to commercial and individual customers who are interested in lowering their carbon foot- print on a voluntary basis. These carbon off setters purchase the credits from an investment fund or a carbon development company that has aggregated the credits from individual projects. Buyers and sellers can also use an exchange platform to trade, such as the Carbon Trade Exchange, which is like a stock exchange for carbon credits. The quality of the credits is based in part on the validation process and sophistication of the fund or development company that acted as the sponsor to the carbon project.