Philippine Power Setting: The Problem and the Solution 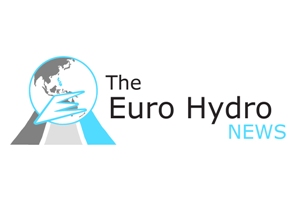 The Philippines has faced a lot of onerous challenges just recently. One of these are the natural disasters that have heavily hit the land of Luzon, Visayas and Mindanao. We also have to credit the infamous case of Mrs. Janet Napoles who has made a big name with her PDAF bags of public money. And now, the country is confronted with loyalty and honesty queries for the President’s allegedly incompetent administration. These problems may really be huge and could affect a wide expanse in the daily life of Juan dela Cruz, but, unfortunately, there are more galling problems that shall come uninvitingly in the future- the extensive power shortage all over the Philippines.

Now, what problems do these future scenarios may pose? An outage in the power source shall create an adverse domino effect to every community from the industry sector down to the agriculture sector since power has become one of the basic needs of man and is utilized 24 hours a day. Just imagine a hospital downtown, with no power, with 5 patients waiting for operation, but again, has no power supply. This hugely dramatic event, in worst case scenarios, could happen if things won’t get better.

It is a worldwide fact that Philippines is blatantly rich in natural resources, which follows the fact that it owns an immense hydropower potential. This should be properly addressed insomuch as 10 percent of the electricity requirements will be supplied by hydroelectric power plants. There are lots of untapped and ungauged hydropower resources in the country. These will be the solution in the future power outage- power generation through hydropower resources.

Power generation through hydropower equips the country with numerous benefits environmentally and socio-economically. Almost 75% of the power generated in the Philippines comes from fossil fuel-powered power plants which is heavily polluting the environment on a daily basis. Moving to hydropower produces renewable energy that is sustainable, reliable and cost-efficient. Moreover, harnessing renewable energy would avoid tons of carbon emissions.

Furthermore, the construction of hydropower plants will be a big aid in the economic status of the communities in the target areas. It will provide jobs and financial opportunities that would be a source of their daily income to feed their family or to enroll their children to schools. This will make a big difference in the socio-economic status of the community. Plus, communities on the target areas shall have better roads which will improve their agricultural or any economic activity therein.

Want to join the discussion?
Feel free to contribute!